The paleogeographic maps of Southwestern North America were completed in February 2012 and are expanded and modified from the former Colorado Plateau series. Their detail and image size make them some of our most detailed maps. The maps were compiled from many sources (see references) and do not follow any single model (I am unaware of any model that details the history of the region over 550 Ma). Rather, the maps represent compilations and compromises from the geologic literature. Particular attention was paid to making sure that tectonic and geologic events between adjacent time slices made geologic, geographic (space issues), and tectonic sense.

All of the features on the maps are palinspastically restored — that is, the positions of various terranes and blocks are shown in their presumed location during a given time slice. Considerable offset of these elements occurred west of a line from Western Wyoming, through the Salt Lake City area, south towards Las Vegas, and SE towards SE Arizona. Parts of this line are known as the Wasatch Line or Cordilleran hingeline. Displacement of elements west and south of this line ranged from tens to hundreds of kms to a thousand or more kms for terranes along the West Coast. Many of these motions can be followed by comparing various successive sed-tectonic-plate maps. Note that state lines are not deformed, a common method of showing palinspastic restorations in many publications; rather state-county lines are minimized (grayed) until the time slice in which the terrane arrives at it present location for a given area and then they are darkened. Terrane-block motion is shown (restored) relative to areas east of the Wasatch Line. By not deforming state lines, the paleogeography shows more clearly and without confusing lines. No attempt is made to show minor Cenozoic rotations of the Colorado Plateau.

Although the time slices are given as a numerical (absolute) single age, it is realized that over an area this large, errors in correlation across the map is inevitable. Therefore, an age range is given in parentheses behind the time slice age. The range is a best estimate and varies, generally longer for older time slices and shorter for more recent time slices. Period names from the relative time scale are subdivided into epoch and sometimes age; correlation between the numerical and relative time scale follow Gradstein and Ogg, 2004.

Highlights of the geologic history 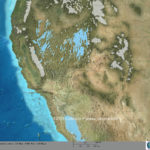 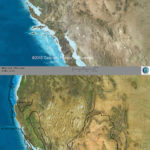 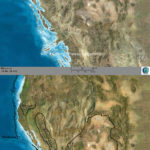 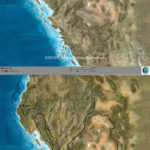 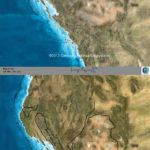 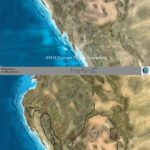 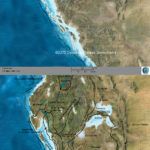 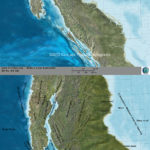 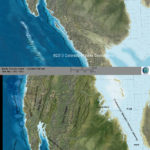 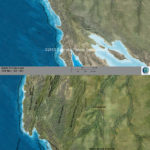 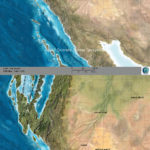 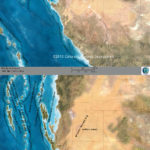 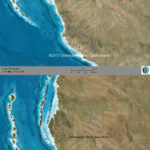 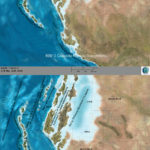 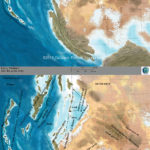 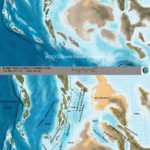 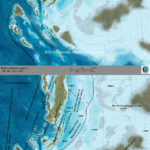 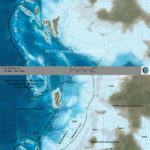 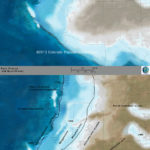 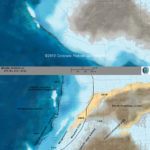 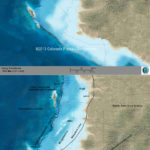